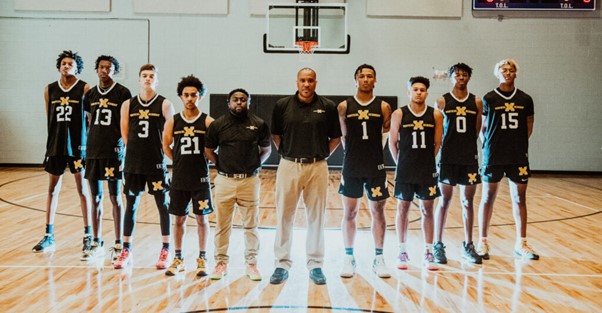 Chris Rivers, formerly with Adidas, is the Founder of Tribute Sports Management and in the article below he discusses to origins and mission of Vertical Academy Basketball.

Vertical Academy Basketball is an elite athletics program based in Charlotte, North Carolina for exceptional high-school basketball players. The program was developed to provide training and guidance to student-athletes as they work toward the NCAA. Today, Chris Rivers explains that Vertical Academy’s basketball team consists of 10 exceptional players from across the United States who will go on to become premier college basketball stars.

In this post, the former Adidas executive Chris Rivers explores the history of Vertical Academy Basketball, as well as its mission and purpose, taking a closer look at some of its ongoing initiatives, facilities, and the man behind the program.

Vertical Academy Basketball is the product of program director Mahlon Williams’ continued efforts. After establishing the So-Cal Girls Magic AAU team and securing sports scholarships for more than 80 young athletes, Williams set his eye on the national scale, moved to the East Coast, and established the Vertical Academy in 2021.

Vertical Academy Basketball isn’t your run-of-the-mill athletics program, though, explains Chris Rivers, who has significant experience with athletic programs from his time at Adidas. It’s a specialized and elite program that works in partnership with the Lake Norman Christian School in Charlotte, North Carolina to draw extraordinarily high-school basketball players from across the US and provide them a path towards college and NCAA stardom.

Because the Vertical Academy draws students from across the United States, it must provide certain facilities for the young men who live outside of Charlotte. The former Adidas executive reports that of ten players currently training in the program, six come from out-of-state and are housed by the program. Yet, housing options aren’t the only facilities the program provides.

As a premier athletics program, Vertical Academy Basketball also has access to multiple training facilities, gyms, and courts throughout the Charlotte metropolitan area. These facilities are made available to all of the student-athletes as part of their membership on the team.

When it comes time to study, Chris Rivers says, “Vertical Academy students are also given their own separate classroom to keep them focused on their education and spiritual development. The team grows together and becomes a family through constant interaction, learning, and training.”

Chris Rivers reports that beyond simply training and educating the nation’s top high school basketball players, the program also provides its students with a clear path to the NCAA by offering opportunities to play at the national level. Students are expected to travel and compete while simultaneously maintaining their academic progress, much like a college athlete would.

To date, Vertical Academy completed its inaugural season by traveling to seventeen different states and competing against the nation’s premier basketball programs such as Montverde Academy, AZ Compass, Prolific Prep, Sierra Canyon, and the newly founded Overtime Elite. Plans for next season are underground as Vertical Academy will continue to open doors for its student athletes for college basketball and success in all aspects of life.

If Williams’ track record is anything to judge by, Chris Rivers says these players should have no difficulty securing scholarships to the nation’s best college basketball programs.

Chris Rivers reports that beyond its partnership with the Lake Norman Christian School, Vertical Academy Basketball has also established relationships with a handful of local and national businesses. Through their sponsorships, the program has been able to secure team jerseys, fund travel expenses, and provide top-tier facilities and resources for the young men currently enrolled in the program.

Vertical Academy Basketball may only be a year old but it’s “quickly established itself as one of the nation’s top high school sports programs,” says Chris Rivers. Thanks to the dedication of its staff and founder, student-athletes from across the US have come together to train, learn, and grow in their athletic performance and spirituality. As Vertical Academy Basketball continues to expand, its players are sure to find future success.