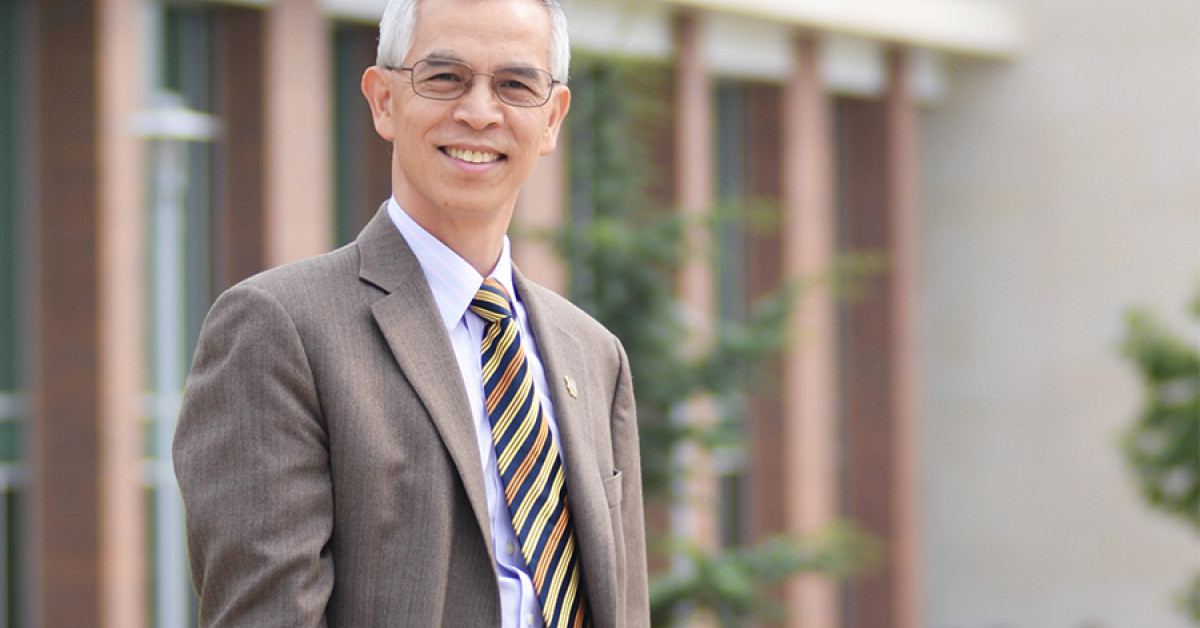 KALAMAZOO, Mich.—After nine years of serving as the dean of the College of Education and Human Development (CEHD), dr Ming Li stepped down effective July 1.

Li announced his departure in an email to the CEHD faculty earlier this spring, citing personal reasons. He will continue on as a CEHD faculty member in the Department of Human Performance and Health Education in the fall.

“I have been so privileged for having the opportunity to work with you all for the past nine years. Thank you for your patience and support that allowed me to grow in my role. Together, we accomplished a lot,” Li wrote in his email.

“Upon his arrival, he immediately began implementing the college’s strategic plan and greatly expanded the recruitment, retention, marketing and student success efforts of the college,” adds Interim Provost dr Chris Cheatham. “Research and scholarly activities also showed tremendous growth under Dr. Li’s leadership, with the college receiving two of the largest grants in the history of the University. Beyond his work within the college, Dr. Li was a strong advocate for the University and our larger community. Personally, he is one of the most honorable and ethical persons I have had the opportunity to work for. His impact on the college and the University will be felt for years to come.”

Under Li’s leadership from 2013-22, the college acquired more than $52 million in external funding, significantly contributed to the enrollment of WMU, developed the college’s first ever strategic plan, strengthened the college’s commitment to diversity and inclusion, expanded international student enrollment, buoyed the reputation of the college and implemented several innovative programs.

The majority of the grants garnered by the college focused on improving the quality of K-12 education in the state of Michigan. Notably, the college received three large grants from the US Department of Education: a $15.71 million grant in 2017 to implement the High Impact Leadership Project (HIL Project) in 152 elementary schools across the state; a grant of $4.9 million in 2020 for developing a WMU Urban Teacher Residency Program, and a $29.5 million Promise Neighborhoods Program grant in 2022 to serve children and students in the South Neighborhood of Grand Rapids with the support of several partner organizations. CEHD’s cumulative research expenditure from 2017 to 2022 was $27.7 million, the largest among all colleges at WMU.

The CEHD has been the most significant contributor to graduate education at WMU and has consistently awarded the largest number of graduate degrees—30.6% of master’s degrees and 25.4% of doctorate degrees—between 2011 and 2020. CEHD’s graduate enrollment accounted for 29.36% of the University total over the last nine years and 33.37% of the total graduate tuition in 2020. The college currently offers 37 master’s degree programs and 10 doctorate programs.

Staying true to the college’s roots as a teacher’s college, CEHD has substantially improved the quality of its teacher preparation programs, which have been consistently rated “Satisfactory” by the Michigan Department of Education during the past nine years. The college has been consistently ranked as one of the top 100 public graduate schools of education in the country and the third in the state of Michigan. Working with other colleges at WMU, CEHD established the Educator Preparation Governing Council (EPGC) at WMU, which is an overarching policy-making and review body with oversight of the establishment or revision of educator preparation programs, the assessment of program outcomes and the alignment of programs with state and national standards for educators.

Finally, CEHD developed an innovative doctoral program, the Ph.D. in Education and Human Development, and led efforts at WMU to award credit for students’ prior learning experience in five CEHD graduate programs though the Prior Learning Assessment program.

“Dean Ming Li has been a transformative leader of the College of Education and Human Development at WMU. Under his leadership the College has consistently been ranked among the nation’s best schools, generated more external grant support than all but a handful of schools in the country and produced some of the finest most diverse teachers, educational leaders and human development professionals in the state. His legacy won’t be measured, however, by rankings, dollars or awards but rather by how he changed lives both at WMU and in our community. His generosity of spirit, compassion and commitment to his colleagues and our youth set him apart. I cannot thank him enough for all he has given our community,” says WMU President Edward Montgomery.

Kristal Ehrhardt, PhD, will serve as Interim Dean of the College of Education & Human Development. dr Ehrhardt joined the WMU faculty in 1995. She holds a Ph.D. and to ME.d. from the University of Cincinnati in School Psychology with an emphasis in Early Childhood Special Education. She graduated from Miami University in 1988 earning a BA in Sociology with minors in Political Science and Psychology.

dr Ehrhardt served as a faculty member in the School Psychology Program at WMU (1995-2003) and as a professor and unit coordinator of the Special Education Program. She was the interim chair of the Department of Special Education & Literacy Studies from July 2021 through June 2022. Ehrhardt has more than 40 publications in special education, school psychology, and behavior analysis journals, and with colleagues has secured more than $9 million dollars in Personnel preparation and model demonstration grants from the US Department of Education. She has served on numerous state and national committees for educational organizations. Prior to coming to WMU, Ehrhardt worked as a school psychologist in Hamilton County (Cincinnati, OH) and for the Hopewell Regional Resource Center. She is dedicated to high-quality preparation of teacher candidates and student scholars in human development fields, and is looking forward to collaborating with schools and community organizations in Southwest Michigan as the Interim Dean of CEHD.

Prior to becoming dean of the College of Education and Human Development in 2013, served as interim executive director of the Center for International Studies at Ohio University, serving as that university’s senior international officer. He also filled a wide range of other administrative posts at the university. He was the inaugural chair of the Department of Sports Administration in the College of Business for two years, acting associate dean for academic affairs for the College of Health and Human Services for a year, director of the School of Recreation and Sport Sciences for eight years , from 2002 to 2010, and director of the master’s program in athletic administration in the School of Recreation and Sport Sciences from 2003 to 2010. In addition to his Ohio University posts, Li also taught at Georgia Southern University for 11 years and was coordinator of that university’s sports management program.

Li received his bachelor’s degree in education from Guangzhou Institute of Physical Culture and his master’s degree in education from Hangzhou University, both in China. He received his Doctor of Education from the University of Kansas in physical education, sport administration. He has served as president of the Alliance for Sport Business, chair of the Board of Commissioners of the Commission on Sport Management Accreditation and president of the North American Society for Sport Management.

Li has also served on the editorial boards of several professional journals, including the Journal of Sport Management and Sport Marketing Quarterly. He served as a consultant to several institutions in program evaluation and development in sport management. In 1996, he worked for the Atlanta Committee for the Olympic Games as an Olympic Envoy. In 2011, he worked as a consultant for the sports department of the Organizing Committee for the Asian Games.

Li has published more than 30 articles in refereed journals, numerous book chapters, and four books, International Sport Management, Economics of Sport, Research Methods in Sport Management, and Badminton Everyone. He was the recipient of the 2014 Garth Paton Distinguished Service Award bestowed by the North American Society for Sport Management.