When established in 2015, General Graphene held the assumption that once the mass production of high-quality, inexpensive CVD graphene films was made possible, then naturally, the industrial world would actively approach the company to tackle a wide variety of CVD graphene-based applications .

However, when such a method was discovered – commissioning the proprietary CVD production system in 2021 – the demand was not as great as anticipated.

While General Graphene was approached by a number of Fortune 500 companies (and many smaller companies as well), it was soon realized that too few of the subtleties associated with the demand for CVD graphene had been considered.

When reading about graphene’s potential and its exceptional properties, a few simple questions come to mind:

In recent years, General Graphene has met and worked with a significant number of corporate leaders across an extensive range of industries. This has provoked a better understanding of graphene.

While the general interest in graphene has been consistent, risk aversion is generally greater. The position many companies take up when it comes to graphene could be summarized as follows:

However, the ability to scale such obstacles suddenly means graphene takes on a very different aura. 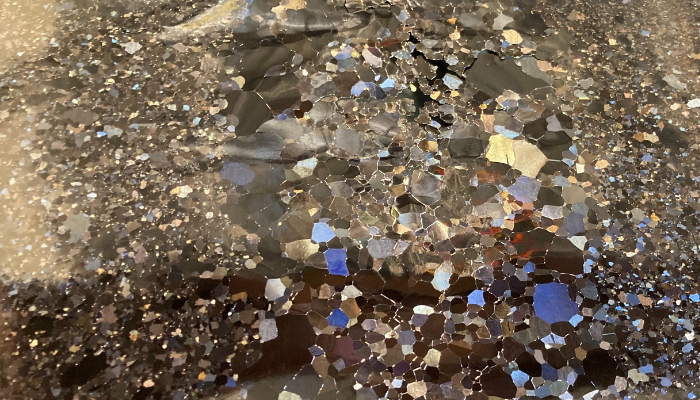 The Challenges and Risks of Commercializing CVD Graphene

There are many risks – technical, financial and market-oriented – that make the introduction of CVD graphene to any given market an intimidating challenge. Like all new materials, the areas that remain unknown are many and as such, unsurprisingly, adopting graphene is painfully slow.

Even though graphene offers potentially revolutionary developments, most industries remain conservative when it comes to acting first without a complete understanding of the integration process and costs involved.

This is, of course, a rational and quite predictable position to take, yet the extremely slow uptake associated with introducing graphene remains a significant challenge for General Graphene. So, like the challenge of first developing its propriety method, General Graphene was committed to tackling the inertia of graphene uptake head-on.

Since 90% of the companies that General Graphene encounters have never even heard of graphene, education is the first step towards commercialization.

Of the 10% who are aware of graphene, 90% believe graphene is just a black powder – and they are absolutely right. Graphene oxide (GO) is the better-known and more common type of graphene, although it barely qualifies as graphene according to the ISO’s technical definition of graphene (less than ten layers).

Comparatively, monolayer CVD graphene is not a powder and does meet the ISO standard. It is a continuous, practically transparent, weightless film of carbon atoms.

While these materials are, in essence, extremely different, the term ‘graphene’ is applied interchangeably in an industrial context. Thus, in the majority of cases, when introducing graphene to a new market, the position of the proverbial ‘ground zero’ represents the starting point.

General Graphene and the Complexities of Application Development

The stark reality is that, for most of General Graphene’s existence, there has been a lack of both meaningful production and testing of CVD graphene for a number of distinct applications. Expectations with respect to graphene were more consistent with the hype generated around graphene than the reality.

This was a hard lesson to learn, but General Graphene is now infinitely better off for the experience.

In the coming months, General Graphene will determine exactly what the appetite will be for graphene on a global, industrial scale once they have discovered the company’s low-cost mass-production skills (The company has been intentionally ‘under the radar’ while developing its CVD graphene manufacturing technology).

However, regardless of what the appetite turns out to be, the reality of graphene-based application development is that it is not trivial.

It was discovered, however, that laboratory results are not easily translated into real-world results. Graphene is an incredible material, but the long-standing hype can be somewhat misleading, which presents unrealistic expectations that are sometimes impossible to meet.

If properly incorporated into a specific application, graphene’s potential and performance results can be remarkable. However, establishing exactly how to incorporate graphene into an application is not an automatic process, and most industries have limited to no experience working with atomic-scale materials.

For some long waited applications, it may still be too early for graphene but for several others, a path to near-term commercialization has appeared. With cost being the largest hurdle when it comes to realizing graphene-based applications, General Graphene has since reduced or eliminated its importance considerably.

The challenges are now more practical in nature: how can graphene be incorporated into existing production processes?

As such, General Graphene will focus on applications in industries ready and willing to use CVD graphene wherein the integration difficulties associated with existing production processes can be managed. 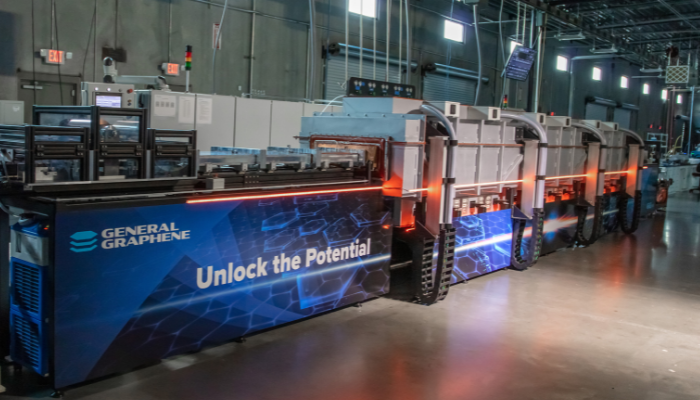 Identifying Graphene Applications: A Needle in a Haystack or a Needle in a Stack of Needles?

The successful development and commissioning of General Graphene’s GG 3.0 pilot production line has led to the capability to manufacture CVD graphene films at an exceptional scale and cost.

Each graphene-based application requires customization to its technical and/or performance needs (i.e., not all graphene is created equally). The GG 3.0 system facilitates the fine-tuning of graphene for specific applications. Either single or multilayer graphene can be produced in the form of large films or rolls up to lengths of 300 mm wide.

However, General Graphene’s technology truly represents the capability to ultimately engage in cost-effective testing, R&D and implementation across an extensive range of applications.

General Graphene is not content being a one-trick pony that is only concentrated on a single or slim range of graphene-based applications. Graphene is extremely versatile, and the objective remains to unleash that versatility on the road to commercialization.

General Graphene cannot say what the best – or even the first – large-scale graphene-based application will be, but it is confident that this is closer to being realized than the scientific and industrial world first thought.

General Graphene’s product will be an enabling technology for such applications, but the application itself demands far more than just graphene production. Opportunities such as this are without limits because graphene-based application development only requires finding a needle in a stack of needles, not a needle in a haystack.

This information has been sourced, reviewed and adapted from materials provided by General Graphene Corporation.