Principal Tim Tweedie has released the student honor parts for the Class of 2022 at Houlton Middle High School.

HOULTON, Maine- Principal Tim Tweedie has released the student honor parts for the Class of 2022 at Houlton Middle High School.

Barton is the daughter of Brian and Courtney Barton of Houlton. She has consistently earned the highest honors and the Principal’s Award for attendance. She has received numerous awards including: Excellence in English 9 and 10, Excellence in AP Language and Composition, Excellence in Biology, Excellence in AP US History and AP European History, Honors Trigonometry, Spanish, and also received a Certificate of Merit for Achievement for earning three years of Excellence in Science and Math.

Barton has been a teammate on several varsity sports teams during her four years at Houlton High School including soccer, basketball, softball and volleyball. In 2019, she was named Class C Player of the Year in soccer, along with a myriad of other soccer-related accolades. Barton was also a teammate on the varsity girls softball team receiving an All Aroostook Team Award.

Barton currently works for the Houlton Recreation Department. She has also volunteered at Houlton Regional Hospital. She plays the saxophone in the school band, and enjoys participating in CrossFit. Barton is interested in pursuing a future in pre-med and health sciences.

Moody is the son of Mac and Jane Moody of New Limerick. He was a member of the high school student council team in his freshman and sophomore years. He has served for four years as a class officer. He was named a member of the National Honor Society in his junior and senior years. Moody was a recipient of the Bausch & Lomb Science Award in 2020. He also received numerous math awards all four high school years.

He has been an avid sports player during his high school years. He played basketball as a guard or forward all four high school years. He was part of the All-Aroostook Team, recipient of the Big-East Scholar award and All-Aroostook Scholar Award. Moody was named team captain for basketball. During his four years of high school golf, he was also named a team captain his senior year and received an award for PVC Player of the Year. Moody played volleyball his senior year, and was also a member of the varsity baseball team his freshmen and senior years. 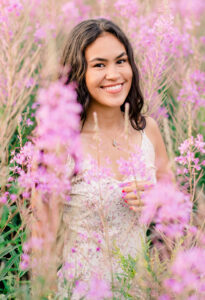 Isabella Ardell was inducted into the National Honor Society both her junior and senior years. She was named treasurer/head of fundraising for Class of 2022 and senior class JMG treasurer. She has studied honor classes all four years of high school as well as AP classes during her junior and senior year. She has been a consistent recipient of highest honors honor roll achievement. She also received a Seal of Biliteracy Award and the Phi Beta Kappa Book Award.

She joined the newly formed sports team at Houlton Middle-High School, the Unified Basketball Team. She was a valued teammate in soccer her freshman through junior years. While she was a teammate on the cross country team during her senior year, she earned awards from the Aroostook County Championship, PVC Class C Championship, Maine State Runners Up, all while placing ninth in the Northern Maine Championship. She ran track and field her freshman through senior years, earning awards for State Runners Up 4X400m in 2019, 1st Place State Champions 4X400m in 2021, and an award from the Aroostook County Championship.

Isabella Ardell has been a part of the National Youth Assembly: Advocacy Days Conference in 2021 via Zoom. She has put in many hours volunteering in sports camps, church events, school sports tournaments, and the After School Program. She has been employed by two local merchants, The Vault Restaurant and Walmart.

She plans to major in either engineering or environmental studies. 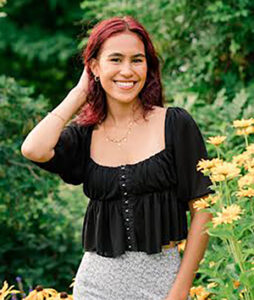 Elena Ardell, is also the daughter of Donald and Corazon (Cory) Ardell of Monticello. She has been a recipient of the highest honors honor roll for all four years of high school. She has been a member of the Maine Youth and Government: Model Legislature Program, a member of the Houlton Outdoor Club, and a member of the National Youth Assembly in 2021. She also participated in student council and was a class officer and a JMG officer .

Elena Ardell has received numerous awards such as: Perfect Attendance Awards, 2021 Biliteracy in Spanish award, a University of Rochester Xerox Innovative and Information Tech Award, and a Penobscot Valley Conference All Academic award all four years of high school.

She also has been involved in varsity track and field for four years and varsity soccer for three years. She was a teammate on the cross country team for one year and played volleyball for one year.

Elena Ardell is currently employed after school as an operations assistant for Katahdin Trust Company at the Houlton branch. She plans on majoring in political science or international relations. 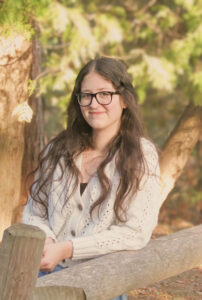 Austin is the daughter of Daniel and Stacy Austin of Smyrna. She is a member of the National Honor Society and she also made the honor roll (highest honors). She also participated in the Olympia Snowe Leadership Institute.

Other activities include playing varsity softball, being a member of the band and jazz band, and volunteering at the Choices After School Program. Austin also works as a receptionist for the Center of Community Health Education at Houlton Regional Hospital.