As a boy growing up in Mainz, Germany, Luigi Toscano was fascinated by World War II. But he was frustrated by a lack of detail about a dark period in the country’s history: the Holocaust. His history teacher offered little information, and his textbook contained only a couple of photographs. So Toscano did his own research and eventually visited Auschwitz to learn more.

“I was shocked,” said Toscano, 50. “I remember standing in front of this whole mountain of kinder shoes, and I cannot believe that that happened.”

That haunting experience motivated Toscano to launch an ambitious Holocaust remembrance project eight years ago. Now a noted filmmaker and photographer who was named an Ambassador of Goodwill last year by UNESCO, Toscano’s “Lest We Forget” is a series of more than 400 images of survivors that has been exhibited around the world.

Last week, Toscano spent several days in St. Louis photographing 12 local survivors. He and Dee Dee Simon, chair of the Missouri Holocaust Education and Awareness Commission, also met with Washington University to discuss a public art exhibition of his photographs on campus, which may happen in October. Toscano would oversee the installation.

Three years ago, he took his work to Kansas City. That exhibition featured seven survivors from the area including Sonia Warshawski, a Prairie Village, Mo., tailor who grew up in Miedzyrzec, Poland, and whose story was told in the 2016 documentary “Big Sonia.”

During his visit here last week, Toscano received assistance and introductions to survivors from the St. Louis Kaplan Feldman Holocaust Museum and Marci Rosenberg, former chair of the museum who has worked with Steven Spielberg’s Shoah Foundation.

The Jewish Light accompanied Toscano during his visit with two survivors to see a master of portraiture in action. Rachel Miller and Oskar Jakob have shared their stories before. But being photographed by a non-Jewish, German-born artist was a new experience.

Toscano travels light and works fast. His gear consists of a black drape for a background, a simple ring light and a sophisticated digital camera. The actual photoshoot takes all of two or three minutes. Most of the time he spent with his subject consisted of just sitting with them, learning their stories, and talking.

After showing his work to Miller, she thanked Toscano, and the two spontaneously embraced. Jakob also carefully reviewed photographs Toscano has taken of other survivors, some of whom may have been with him at Auschwitz or Bergen-Belsen in 1944. 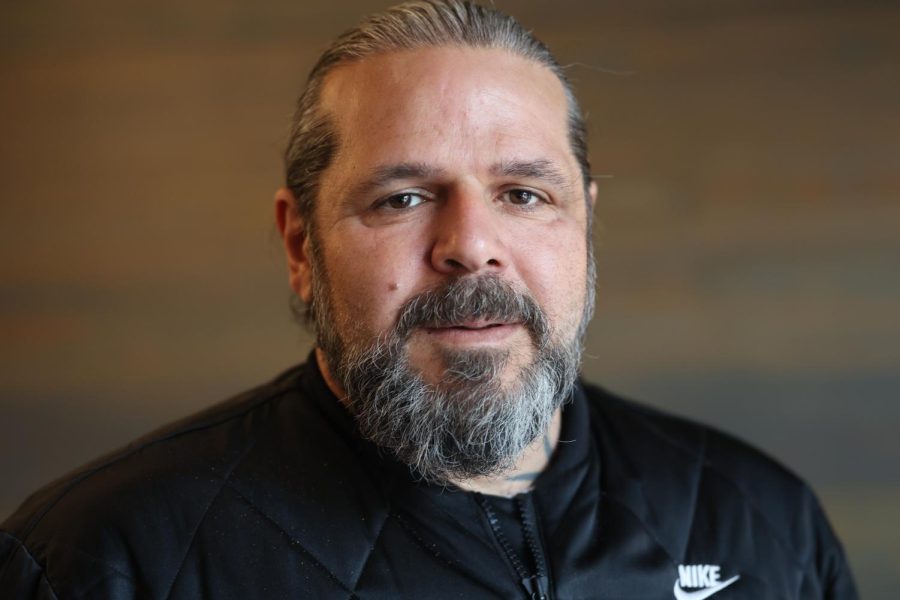 Luigi Toscano’s “Lest We Forget”

“Lest We Forget” began after Toscano completed another major portrait project that featured refugees who immigrated to Germany. Many of them were mistreated and attacked. Some had their homes burned.

“I was sitting in my home office watching the news, and I wondered what a Holocaust survivor would think about the (atrocities),” he said. “I thought I could use the same concept. There was a small former concentration camp near my home in Mannheim. And every year, survivors came for visitors to celebrate their liberation. I told the director of the institution about my idea, and he said, ‘Luigi, you can meet them in the hotel lobby and you can speak with them, but I cannot promise you that they are willing to let you take their pictures.’ ”

Toscano hung his refugee portraits on the wall, and a group of survivors came to see the exhibit. One of them looked at the photographer’s work and said he wanted to participate on the new project. With that, Toscano began searching for other survivors around the world. In addition to his traveling exhibit, the work is featured online. Click on the faces on the website to learn more about their stories.

Connect with your community every morning.

Following his visit to St. Louis, Toscano returned to his home base in Mannheim, then went to Paris to prepare for an exhibition, then to a school in Austria. Since he began “Lest We Forget,” the exhibition has traveled the world to big and small venues, but he especially wants to reach curious children in the classroom.

The exhibition is an important tool to make sure the lessons of the past aren’t lost to time. Research in recent years shows many adults lack awareness of the Holocaust.

“Luigi’s visit comes just as the Missouri Legislature is considering HB 2000, a new bill that would require local school districts to designate ‘Holocaust Education Week,’ ” said Simon, of the Holocaust Commission. “We’re going to support our educators, and when we got involved, the legislators gave us a seat at the table. And I’m very appreciative for Rep. Adam Schwadron (R-St. Charles, sponsor of the house bill) for his support and for listening to us.”

The Missouri legislative session ends May 13, so time is limited for legislators to finalize the bill, Simon said. If it passed, the law would probably go into effect in August.

Toscano considers his project an important part of documenting history. He has formed lasting relationships with many of the survivors he’s photographed, including one of his first subjects, a woman named Ana who lives in Ukraine.

“She’s a beautiful woman,” Toscano said. “She was an experimental child of Josef Mengele,” he said, referring to the Nazi SS officer and physician who became infamous for experimenting on Jews at Auschwitz. “She came to Auschwitz with her parents, and her parents were killed by the Nazis. Then she survived Mengele for one and a half years. I have a special relationship with Ana. Since the war broke in Ukraine, we text every day. I offered her to come to Germany, where I could get an apartment for her and for her daughter. You know what she said to me? ‘No, I don’t leave Kyiv. I survived Hitler, and now I will survive Putin.’ ”

Oskar Jakob and Rachel Miller are two of the St. Louis area survivors photographed last week by Luigi Toscano for his “Lest We Forget” Holocaust remembrance project.

Miller was born in Paris in 1933. When she was 7 years old, her father and uncle were taken away by the German SS and French police. The following year, they received injections in a French hospital and within hours both died.

Miller’s mother sent her out of the country and told her to assume the name Christine to hide her identity. The last time Miller saw her mother and brothers and sister was July 13, 1942. They were taken to Auschwitz where they perished. After liberation, Miller immigrated to the United States and lived in five foster homes.

Oskar Jakob was born in 1930 in Simlul, Romania. His family moved to Dobra, where they were the only Jewish family in 1944 when Hungarian Nazis deported the family to Auschwitz, Dora, Nordhausen and Bergen-Belsen. They faced hard labor, beatings, and a severe lack of food and water.

On April 15, 1945, the British Sixth Army liberated Jakob from the Bergen-Belsen camp. It was far from a joyous moment because prisoners were extremely malnourished. In fact, after the British soldiers gave them bread, many died because their bodies couldn’t digest food.