Earlier this year a teacher shortage in Oklahoma forced hundreds of school districts to close their doors because of a lack of substitutes to fill in for educators out with the coronavirus.

In January, the Omicron variant was slamming Oklahoma schools, forcing them to close Because so many teachers were getting sick and finding enough substitutes was essentially impossible.

So on Jan. 18, Gov. Kevin Stitt decided he wanted to do something about it by signing an executive order to add to the substitute teacher pool with state employees.

In the press conference announcing the executive order, Stitt was resolute about keeping students in schools as the coronavirus surges across the state.

“Oklahoma students deserve that option of being in-person, in class with their teachers,” he said.

He pleaded with state employees – and really anyone else – to go be a sub in their local school.

“Because in-person learning is so, so important,” Stitt said.

About 250 of the state’s 32,000 signed up to volunteer and it’s unclear how many ended up in a classroom. Stitt’s executive order quietly expired this week.

“Our office was thrilled that hundreds of state employees signed up to help their local school districts,” Stitt Press Secretary Kate Vesper wrote in an email. “[T]his was never meant to be a long-term fix. The governor offered this executive order as a creative, short-term solution to help schools.”

Vesper wrote the governor is now hoping to find other ways to deal with the teacher shortage. She pointed to a goal from his State of the State Address to pay some teachers six-figure salaries, which is part of a measure still making its way through the legislative process House Bill 4388. Vesper also touted House Bill 3658, which Stitt signed into law. That measure “removes obsolete barriers and helps people become alternatively certified teachers,” she wrote.

The state employee-substitute plan has been widely criticized by public school educators.

“I’m just gonna put this out there once more because ‘stupid is as stupid does.’ forest Forrest Gump,” El Reno Superintendent Craig McVay wrote in a tweet after the announcement. 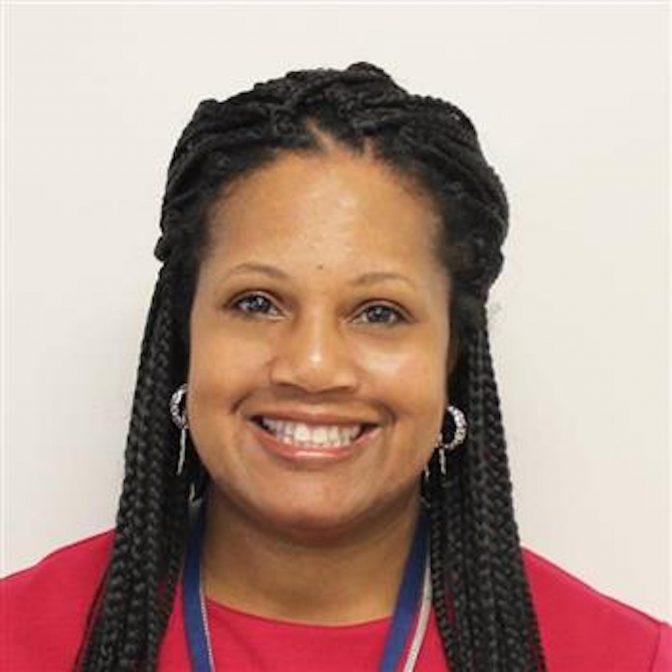 By mid-February the closures pretty much stopped. The need for subs, though, didn’t.

“It has been a chaotic year trying to find subs,” said Dana Leach, director of human resources for Oklahoma City Public Schools. “With the dreaded C-word, COVID, it was so, so difficult.”

Leach said OKCPS got about 50 substitute teachers from the state employee pool who went into classrooms. But the district needs approximately 200 teachers to sub in each day.

They’ve tried raise pay using coronavirus relief funds – which has helped a bit. But the job still tops out at a daily rate of $150. Leach says people often have different reasons for wanting to come in, like a flexible schedule or simply enjoying the work.

“They do it… not for the money or for any of that,” Leach said. “But they do it because they enjoy kids and want to help us out.”

The company helps more than a dozen school districts find subs when needed, most of them in the Oklahoma City metro area, said Keith Elliott, the company’s Senior Director of Client Services for the Southwest Region.

Kelly Educational Staffing is able to find subs for about 70% of jobs that need to be filled in Oklahoma, Elliott said. Pre-pandemic he said the number was closer to 95%.

“I think we saw a lot of folks during that time look at things and say, Hey, you know, I teach substitute. It’s kind of a part-time gig, but maybe I’m not going to do that anymore. Maybe I’m going to find something else,” Elliott said.

Ultimately, if schools want to fix the substitute shortage, they’ll need to have more full-time teachers.

“If our schools hire well and they have people coming in on the front end, you know, I think we’re confident that the recruiting numbers are starting to bounce back,” Elliott said.

It will be a big bounce.

Oklahoma’s teacher shortage is a year-old problem. And there were fears of a pandemic-caused mass exit from the profession. That hasn’t happened yet, but the shortage is as bad as it’s been in recent years.

As the 2021-22 school year draws to a close, Oklahoma reports 42,551 certified teachers, which is actually an improvement from recent lows in 2018 of 1,000 fewer teachers. This year Oklahoma had a record of 3,616 emergency teachers – teachers who aren’t fully qualified but allowed to teach if there’s a need. Ten years ago, there were less than 100.

Low pay and high stress are consistently cited as a reason for leaving. A 2018 survey – conducted before Oklahoma’s teacher walkout – cited those two factors as the top reasons teachers quit.

More than 60 educators from across the state responded to a callout on social media to share their thoughts on the lack of substitutes.

Many of those respondents were full-time teachers who couldn’t find substitutes when they had to miss school. Substitute teachers who responded said they have no problem finding work. But the job has become a bit harder during the pandemic.

One of the subs who responded was Elaine Meek from Tulsa.

She said doesn’t want to be a babysitter. She wants to make a connection with students and try to help them learn while their teacher is out.

“I like to work with kids,” she said. “I enjoy talking to you and being in the classroom and. It’s just. It’s just fun for me, I guess.”

Meek said it can be hard work. And it’s also varied. Sometimes a teacher leaves a detailed lesson plan, sometimes there’s nothing. But regardless, she likes to make connections with the students.

“[I] usually try to teach them something, even if it’s not in the curriculum, maybe for that semester,” Meek said. “You know, I try to talk to them about something going on in the news.”

As for Leach of OKCPS, no matter what’s happening at the state capitol or at a school board meeting she has a simple request for anyone who is able. The extra pay might help. But bottomline is it’s a job with flexibility that someone has to want to do. And it’s a role that school districts will continue to need moving forward.

“It actually ends up being a lot of fun.”